Ever wondered why you feel miserable at 2pm, lazy at 3pm and happy at 8pm? Scientists are discovering that our moods follow amazingly predictable daily patterns.

Two recent studies of more than 800 million tweets over four years discovered that people’s rising and falling moods — as revealed by the words they chose — almost exactly matched the daily patterns of two key chemicals in the body: the stress hormone cortisol and the ‘happy’ neurotransmitter serotonin.

It’s not just serotonin and cortisol that affect our mood: blood sugar levels, nutrition, and the ebb and flow of other hormones and chemicals also contribute to our psychological body clock.

‘What’s certain is that our mood and cognitive abilities don’t stay the same throughout the day. They change in predictable and sometimes extreme ways. There’s a right time to do everything.’ 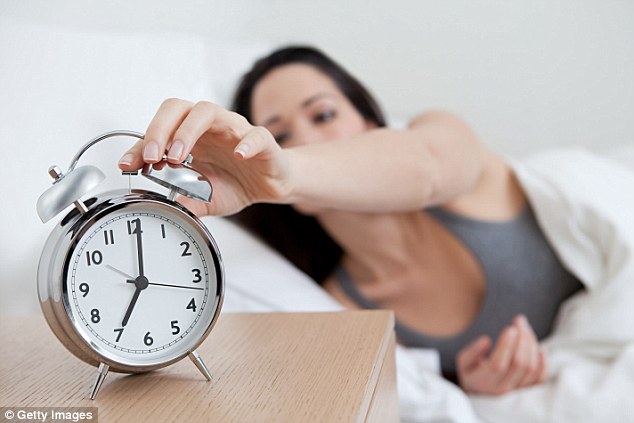 So here’s how to make the most of your mood, every minute of every day . . .

Get up! Your body has been producing cortisol for a couple of hours now. This is the hormone that kicks you into action; levels peak 30 minutes after we wake up and stay high in the first hour. Getting up early, even if you don’t need to, is associated with lower rates of depression among women.

Making lists. Our minds are at their sharpest now and we’re focused on personal goals, according to studies by Bristol University.

Testosterone levels peak in women between now and 8am, and cortisol is still raised — which means our drive and motivation are sky high.

We’re also less angry, according to researchers from Bristol University who analysed 800 million messages posted on Twitter and found a strong correlation between the time of the day and negative and positive emotions. This makes it a good time to deal with a problem.

Protein, nuts, seeds and fruit — and ditch the white toast. Eating just carbs for breakfast can cause a crash in your blood sugar levels, and hence your mood, mid morning, whereas adding protein keeps you fuller for longer, says women’s hormone expert Maryon Stewart. 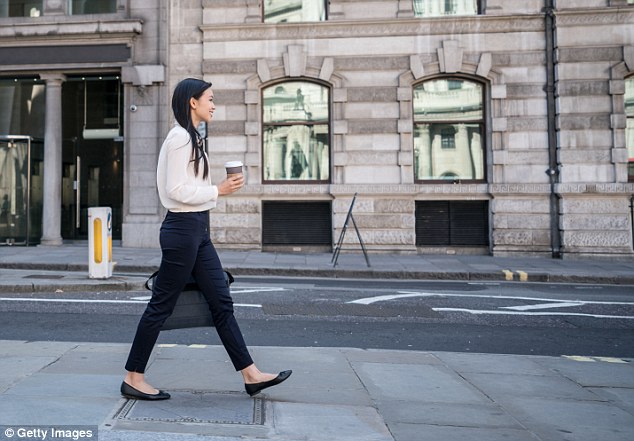 Studies show 8am is a peak time for sadness and tiredness. A 30-minute outdoor walk can help to boost mood.

Having got up in good spirits, our mood now takes a dive: studies show 8am is a peak moment for sadness and tiredness (worst on a Monday, no surprise there).

A 30-minute walk outside to offset negativity. You need half an hour of daylight each morning to regulate your body clock: sunlight tells the brain to stop producing the sleep hormone melatonin. Twenty minutes of moderate exercise can impact your mood for 12 hours.

Positive emotions are on the rise. ‘Any morning grogginess has worn off because the cortisol has worked its magic, yet it’s early in the day so our brain is a clean slate,’ says Pink. Serotonin levels are also increasing — until 11am.

‘Something definitely happens around 9am and positive emotions become dominant,’ says Dr Fabon Dzogang, who worked on the Bristol University Twitter studies.

Try: Delaying your first coffee until now. You don’t need caffeine as soon as you open your eyes because high levels of the ‘stress’ hormone cortisol are waking you up. Later, you’ll feel the benefit from a boost of caffeine. 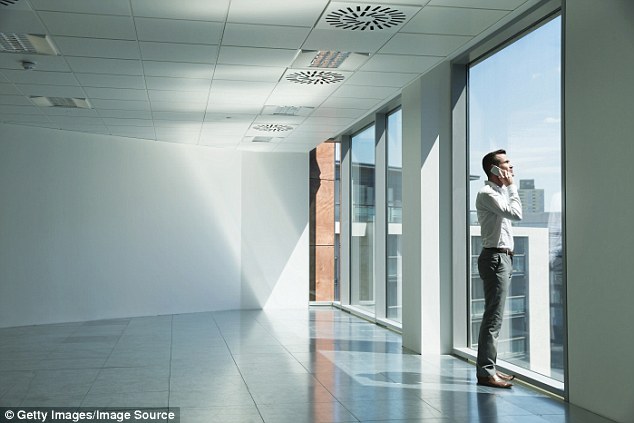 Experts claim noon is the high point of the working day and therefore the best time for making important phone calls.

If you are going to feel sunny today, this is the most likely time. According to the Bristol University studies, people are at their least angry now.

Booking a counselling session. If you have a problem or need advice, you make the biggest gains with a mid-morning appointment, according to research. The cortisol in your system helps control fears, while your fresh brain is primed to focus and learn.

This is the high point for the brain’s analytical powers, so you’ll be at your most productive until midday. Positive emotions are still rising, but will peak very soon.

A quick breathing exercise to control cortisol if you’re stressed. Take a deep breath, pause, then exhale slowly for a count of five and repeat four times.

Noon is when we’re most likely to react to positive emotions and sensations. It’s the high point in the working day for feeling happy. 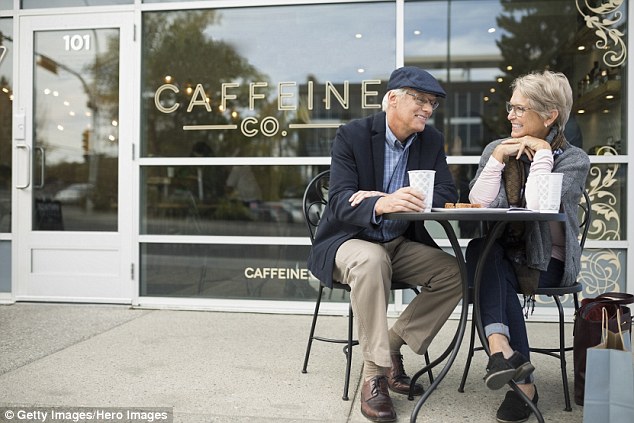 A cup of coffee before a 15 to 20 minute nap can help to boost the low point of happiness in the working day.

Our good mood begins to wane, as the afternoon slump nears. But 1pm is a time of the day when we feel at our warmest towards others, before our mood falls sharply.

This is the low point for happiness in the working day; you’ll also feel most tired because your body is entering a natural resting phase, having been up for seven hours.

A cup of coffee before a 15 to 20-minute nap (or if you can’t sleep, go somewhere quiet and rest. The caffeine will take 25 minutes to work, so you’ll feel energised on waking).

One survey of UK office workers found we were at our most unproductive at 2.55pm. It’s not surprising: serotonin is low and our blood sugar tends to be lowest in late afternoon. A U.S. study found a daily mood change towards grumpiness at 3.30pm, ending about 5pm. 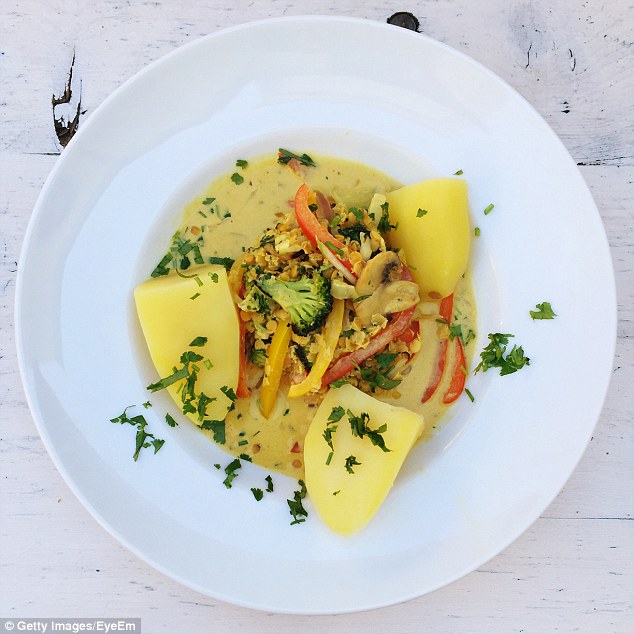 Experts claim a high-carb meal at around 6pm such as sweet potato curry with turmeric can help to keep up spirits.

Taking a 20-minute break at work before doing something important; a Danish study showed the break offset the afternoon dip in performance.

You’ll get a smaller energy peak around 4pm to 5pm: your brain isn’t as sharp as in the morning, but it’s a good time for creative tasks. ‘Scientists call it “the inspiration paradox” because innovation and creativity are greatest when we are not at our best in terms of circadian rhythms,’ says Daniel Pink. ‘It’s because thinking is “looser” so you’re more likely to get flashes of illumination.’

A few drops of Holy Basil (tulsi) oil on your tongue if you feel stressed. Research shows it can lower anxiety.

Mood begins to improve now — studies report that we start enjoying ourselves.

We’re still in our body’s mini-energy rebound, too. If you’re among the 20 per cent who are natural owls (as opposed to the 15 per cent who are larks and the 65 per cent in the middle), this will be your brain’s peak time.

Leaving five minutes free before you finish work to write down what you’ve accomplished and lay out a plan for tomorrow — it’s a powerful mood booster. 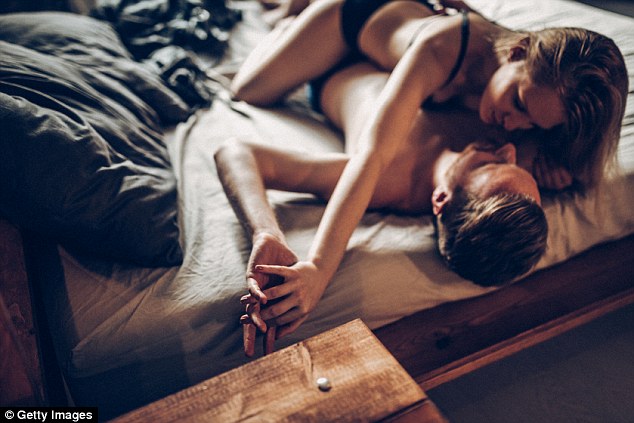 Your body temperature is at its highest for the next hour, which is a good predictor of mood. The best dinner option to keep up your spirits (if not your waistline) is a high-carb meal as it raises blood sugar, so we produce more insulin, which lowers cortisol.

A sweet potato curry with turmeric — the spice can have an anti-depressant effect.

Your cortisol rate begins to drop rapidly for the rest of the evening, which means you enter a relatively calm, chilled phase.

Making a to-do list for the morning so that your brain doesn’t suddenly feel there’s unfinished business and wake you at 4am.

Research has found we feel at our warmest towards others from now until 9pm, and we’re also at our happiest.

Harnessing those feel-good moments by hugging someone, which raises levels of the ‘warm’ hormone oxytocin and leaves us feeling calm and contented. 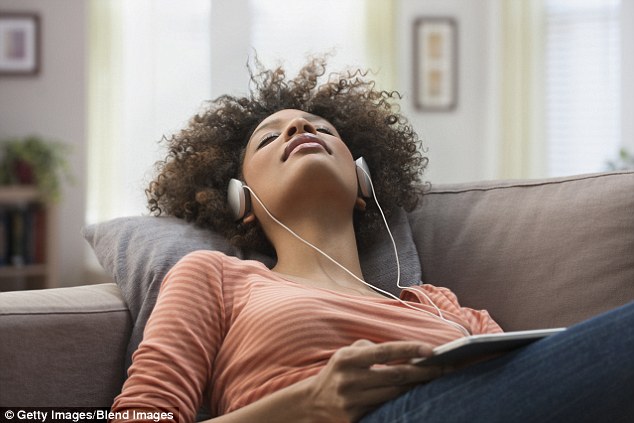 This should be the peak of good mood in the evening. If you’re feeling argumentative it’s a sign your cortisol levels are too high. Your body now starts to produce melatonin, the sleep hormone.

Taking an ashwagandha supplement one to two hours before bed. It’s an adaptogen, a plant that helps the body regulate its stress response. Studies show it can reduce cortisol and lower anxiety.

Melatonin is building up in your body to ready you for sleep: start winding down and turn off screens (except TV), says sleep expert Dr Neil Stanley. You want to avoid a second wind at 10pm, which can last two to three hours and makes it harder to go to sleep, crashing your mood.

Your grandmother was right when she said early to bed, happy to rise. There’s a bedtime window between 9pm and midnight when your brain and body can get the right ratio of deep sleep to REM (dream) sleep. For most, mood is best in the morning if we can sleep before 11pm. 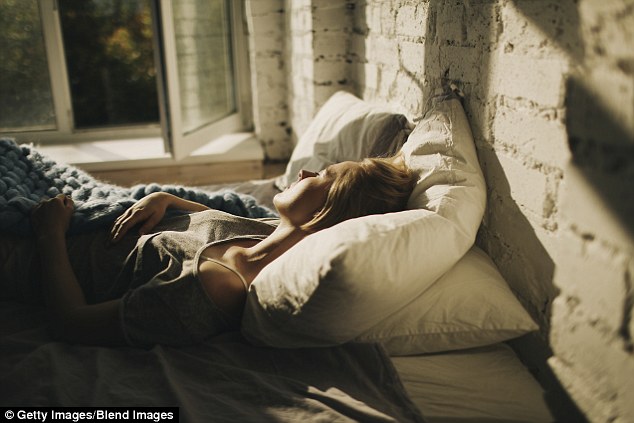 Experts suggest making rest your goal instead of sleep if you’re lying awake at 3am.

If you’re still up, chances are your mood has declined rapidly. The Twitter studies showed midnight was the key time for expressing anger, but also the most sexual language.

A 15-minute breathing exercise (a study showed it improved negative feelings and calmed stress): take an exaggerated breath in through the nostrils for three seconds, hold for two seconds and exhale through the mouth for four seconds. Then take normal breaths as you relax each muscle. Then begin again.

We have the strongest drive to sleep between now and 4am, because the amount of the sleep hormone melatonin is at its peak in our bloodstreams. So it’s no coincidence that negative emotions are at their highest between midnight and 3am.

Mindfulness for night sweats: by accepting the discomfort in an objective way, you’re not amplifying it with anxiety, says sleep expert Dr Guy Meadows.

Studies show we go from being angry at midnight to being preoccupied by death from now until 3am. No one said it was fun being awake at 2am. 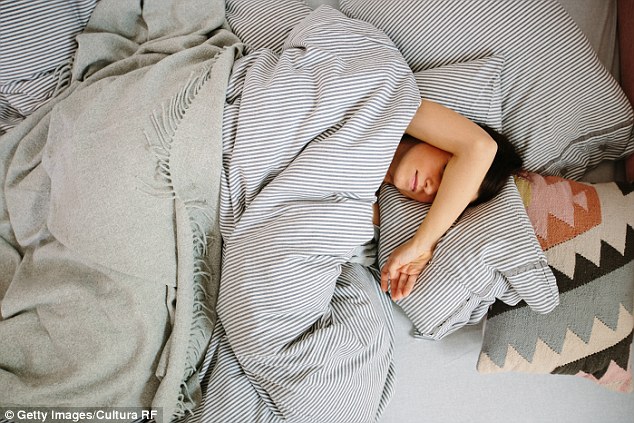 Studies believe waking up at 4am is linked to depression. A valerian root herbal supplement can help to get back to sleep says hormone expert Maryon Stewart.

Serotonin levels are at their lowest from now until 5am, so perhaps it’s no wonder sunny thoughts are far away. Around 3am is traditionally known as the ‘devil’s hour’.

Making rest your goal, not sleep, if you’re lying awake. Worrying about not sleeping makes it harder to sleep; resting is almost as restorative as sleep.

Cortisol begins to rise now, ready for you to wake in a couple of hours. But if you’re stressed and your body produces too much you may wake feeling anxious and panicked. Waking at 4am is linked to depression.

A valerian root herbal supplement. It can put you back to sleep in 20-30 minutes, says hormone expert Maryon Stewart.

If you’re awake, your existential crisis is likely to be continuing: 5am is the peak time for thinking about religion. according to the Twitter studies. It’s also the peak time for feeling the least positive emotions, as serotonin levels are rock bottom.

Visualising stepping outside your skin and approaching yourself as a compassionate observer, suggests Storoni: self-compassion improves mood.

Innovation Of AI Things View all posts by FishEyeBox™